Mushroom farming is one of the most profitable business which you can start in very low investment. Mushroom farming is growing gradually as alternative source of agri-business for farmers. If I talk of worldwide China, Italy, USA, Netherland are the top producer of mushroom. In India Uttar Pradesh is the largest producer of mushroom followed by Kerala and Tripura. Button mushroom is most commonly cultivated in India. It has a good market place in India. However, paddy straw mushroom and oyster mushroom are also commercial important.

Mushroom belongs to mold species. It is found here and there in rainy season. Before commercial genesis of mushroom, our ancestors were used it as food and medicine for many years.

Mushroom are honeycomb shaped and it is also full of protein and other nutrients. Species of 10 to 15,000 mushrooms are found on earth but not all species are edible. Some are also poisonous.

For the cultivation of mushroom soak the wheat straw in the freshwater overnight. Add carbendazim and farsaline as required. After this, take out straw and let it drain excess water, when about 50% of water comes out from the straw then it is ready for sowing.

Cost of spawn or seed

The price of spawn is about 75 rupees per kg which fluctuates according to brand and variety. It is also bought locally or order online or directly with the help of government agriculture centre.

It needs 28 to 32 degree Celsius temperature after sowing. Bags are kept in the cropping room after the sowing have done.

Use of peat or casing soil

Molds spread uniformly throughout the straw after 20-25 days of sowing. After this, spread inert media like perlite, vermiculite or can use casing soil to the uppermost layer with a thick layer of 2-3 inches. Then spray water regularly on the upper layer in mist form.

Keep in mind that the cover we provided on the upper most layer shouldn't be get wet more than half of the thickness of soil or perlite or vermiculite which is used.

After covering the uppermost layer a dotted state begins to appear over the cover area. 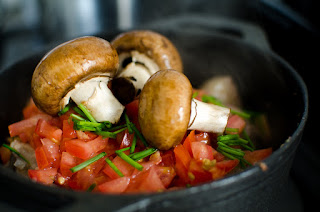 10 Insect Repellent Plants For Your Garden

Walls that breathe: Know all about Vertical gardening

What are the best suitable crops for hydroponics in Indian context?